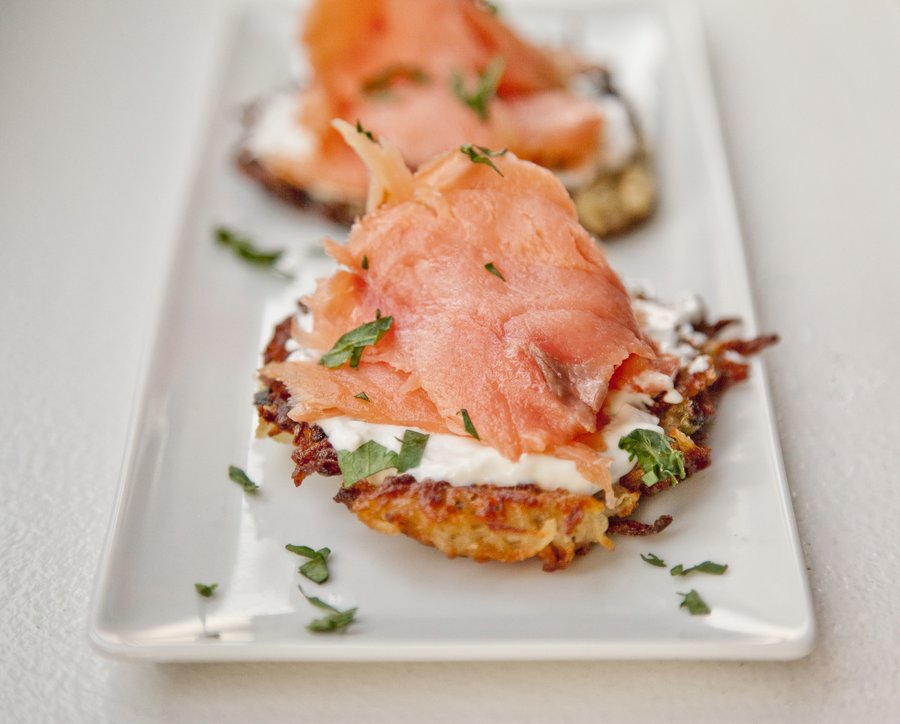 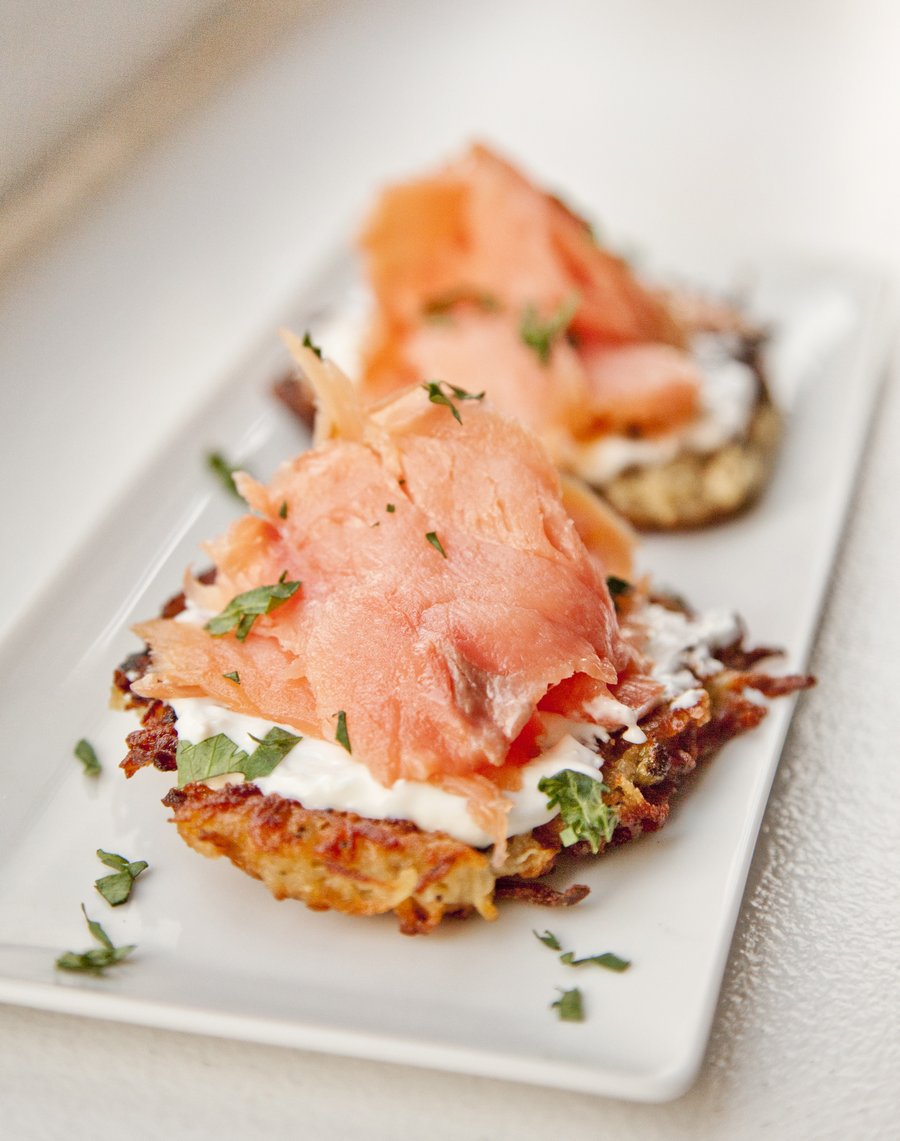 When the Christmas and Hanukah seasons come around, I am always reminded of the foods that I associate with them.

Hanukah is basically synonymous with Latkes (potato pancakes) for me. I have blogged latkes before (recipe here) – but this time I changed up my recipe a bit and are calling these Latkes, my "Three-Onion" Potato Pancakes. In this version of latke, I used onion, scallion AND shallot (I know, I am totally out of control). All three of these are from the onion family, but all have such different and delicious tastes that I used a combo of each.

I also kept my latke recipe gluten free by using Chickpea Flour instead of All Purpose Flour. You could also sub in Gluten Free AP Flour – either will work!

So the idea to top the latkes with a little Crème Fraiche and Salmon came from an article I read about places across the country that make Latke Sandwiches (basically subbing out bread and putting 2 latkes in it’s place). In my opinion….

...but I digress. This is great dish to have as an appetizer at a party (you can make the latkes smaller and more appetizer friendly), you can serve it as a side dish….or you can do what my husband and I did last night and just have it as a dinner. This is also a great breakfast/brunch option! 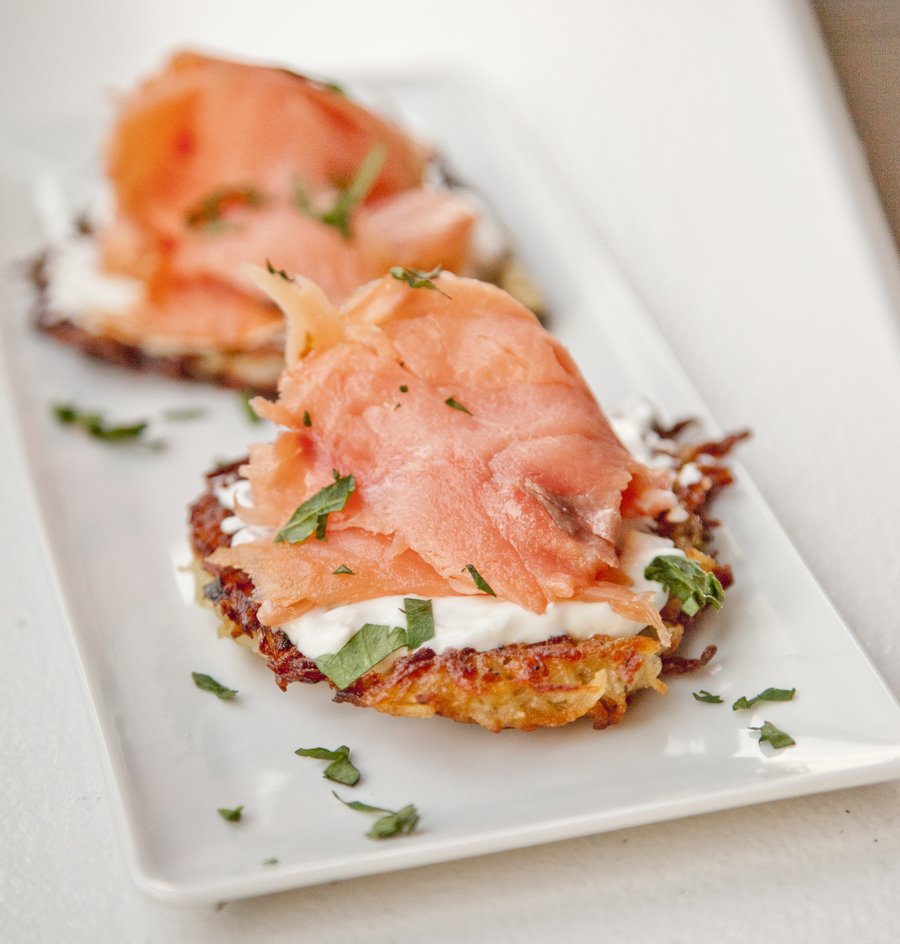 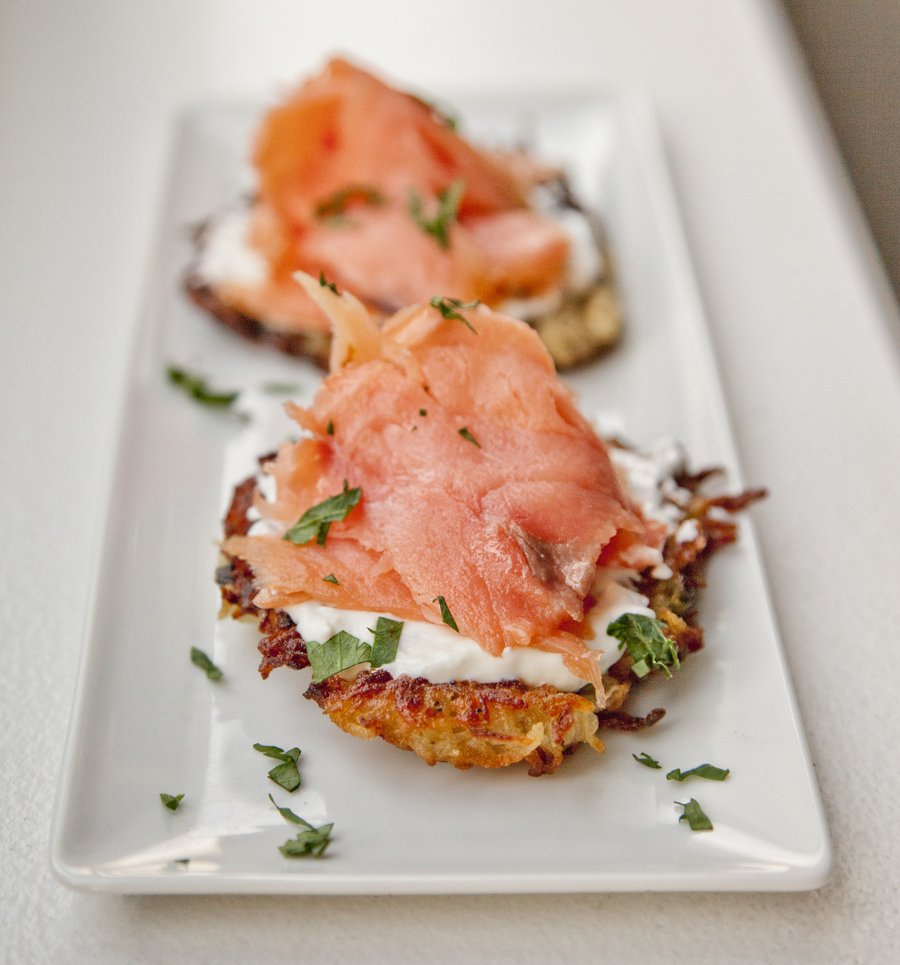 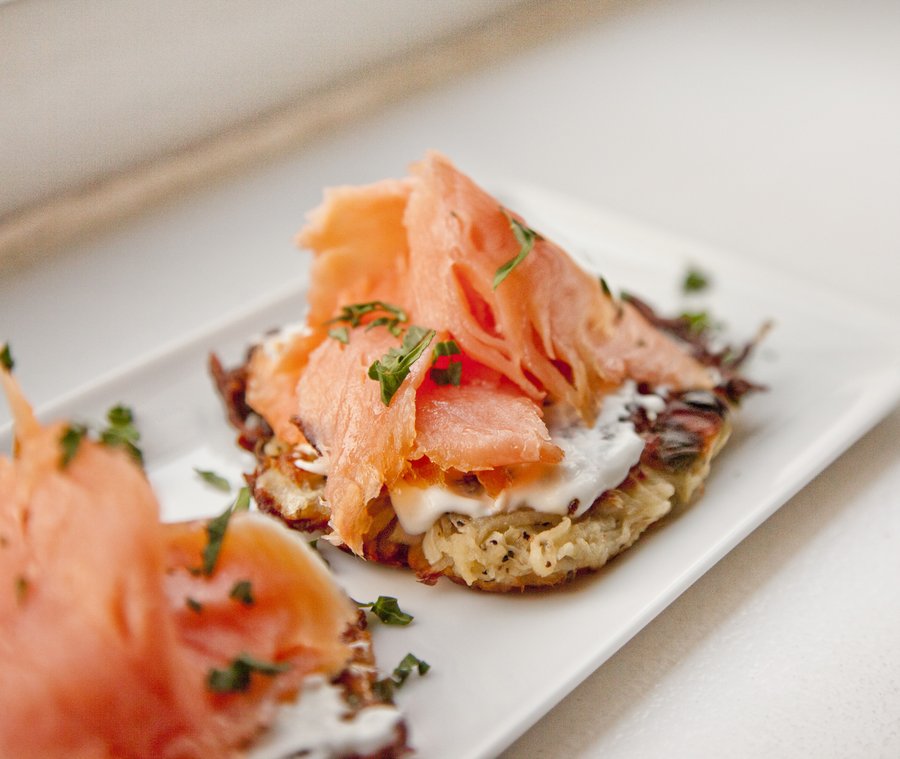