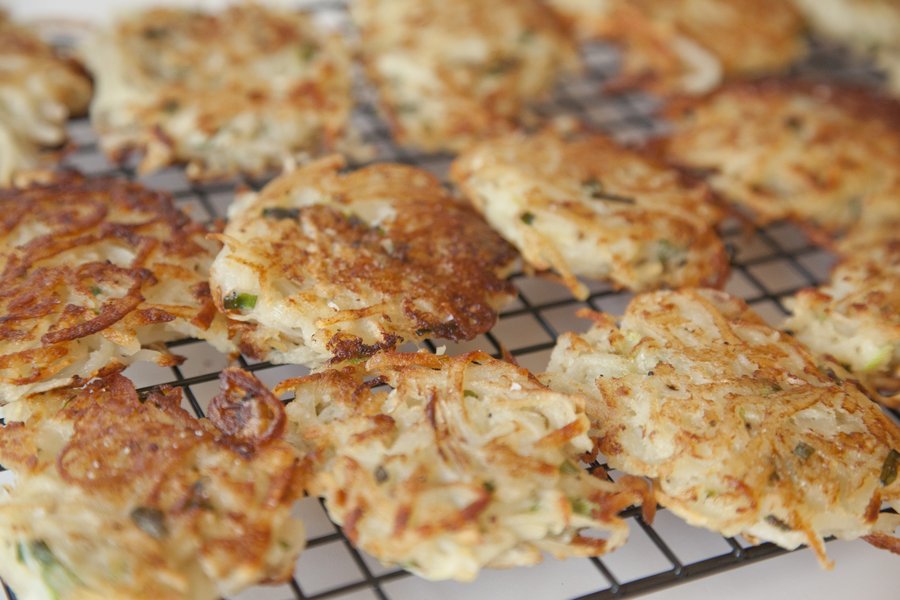 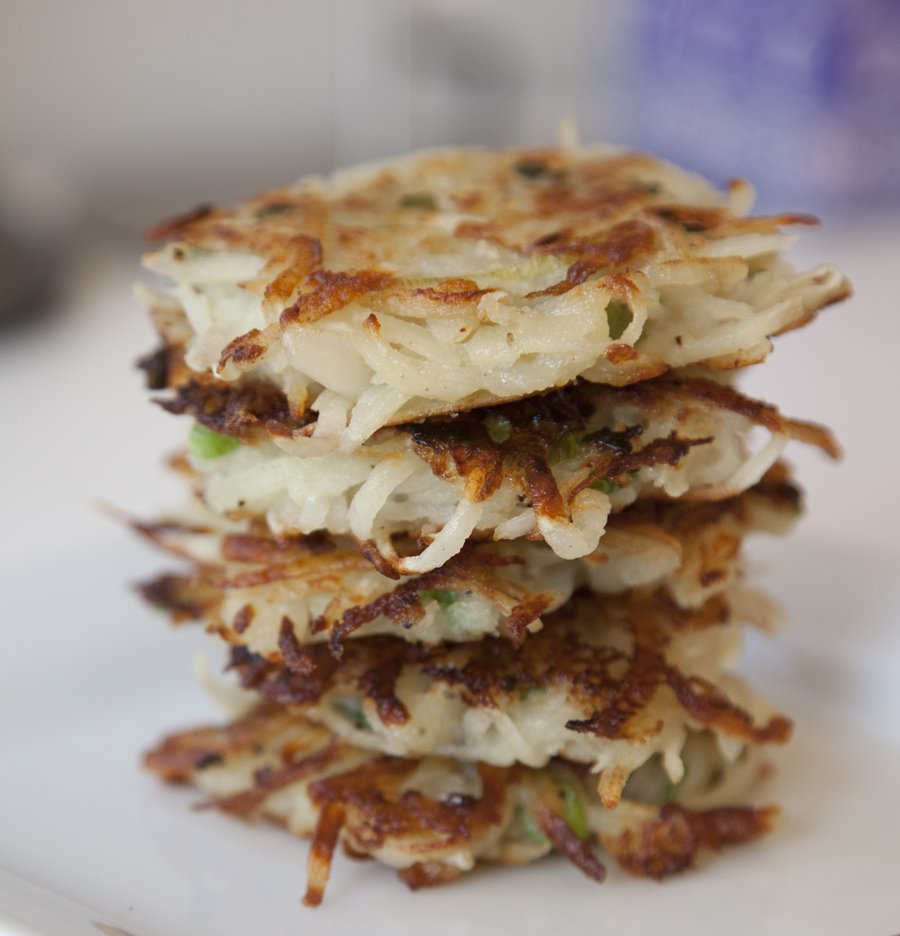 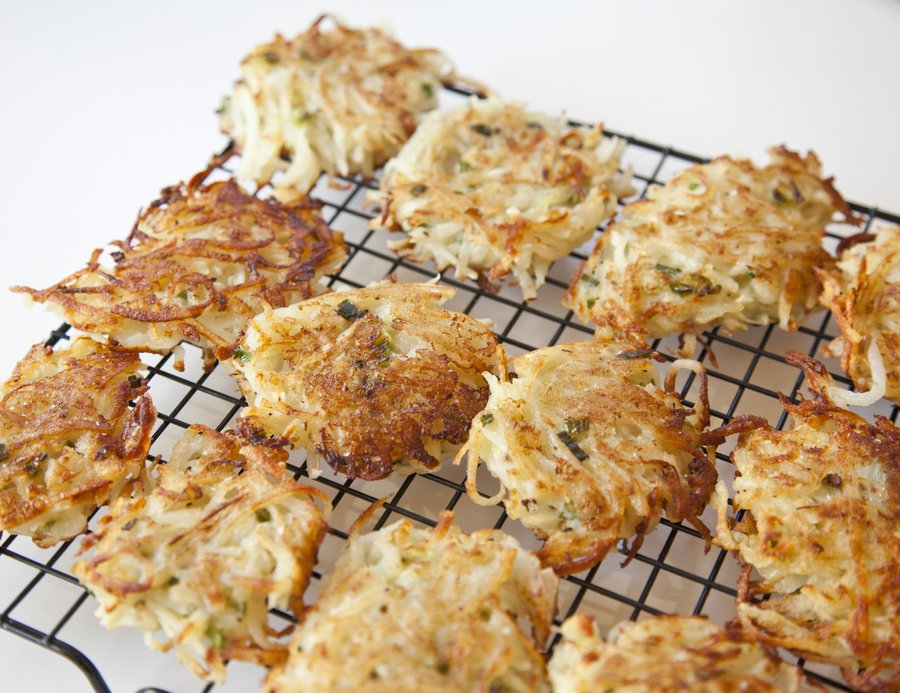 Everyone loves a latke...I mean, it's fried potato and onion, what's not to love?! This recipe is a spin off of one my mom used to make. Now to preface this, my mom was Sicilian and Spanish....not Jewish, however she married my dad, who IS Jewish (this is easy enough to follow right?) Therefore my mom learned [and perfected] many a Jewish meal.

The classic Janis Zerner latke story goes as follows....while spending Passover Dinner at my dad's best friend's house, my mom and the best friend's wife (also of the Shiksa nature) were in the kitchen preparing the dinner, and namely, the latkes. This was no ordinary Passover, for this Passover, the local Rabbi from the Synagogue was in attendance. So while cooking, the non-Jew ladies realized "we have no Oil to fry the latkes in". Insert mega culinary dilemma here. However, my mom, being the ever innovative and brilliant woman she was suggested, "why don't we just fry up some bacon and use the bacon fat?" Now, to me this sounds totally fine except.....BACON.....pork....not Kosher....Passover.... Rabbi.....got it.

Well the ladies did in fact use the bacon fat [secretly] and the Rabbi, none the wiser, exclaimed that they were the best latkes he's ever had. It was a Shiksa Passover Miracle.

So with that, I give you my version of latkes (not fried in bacon fat), however with similar ingredients that my mom used...my addition is using Chickpea (Besan) Flour as my binder. I serve mine with Sour Cream, because let's face it, I would smother my dog in sour cream if that was normal..... 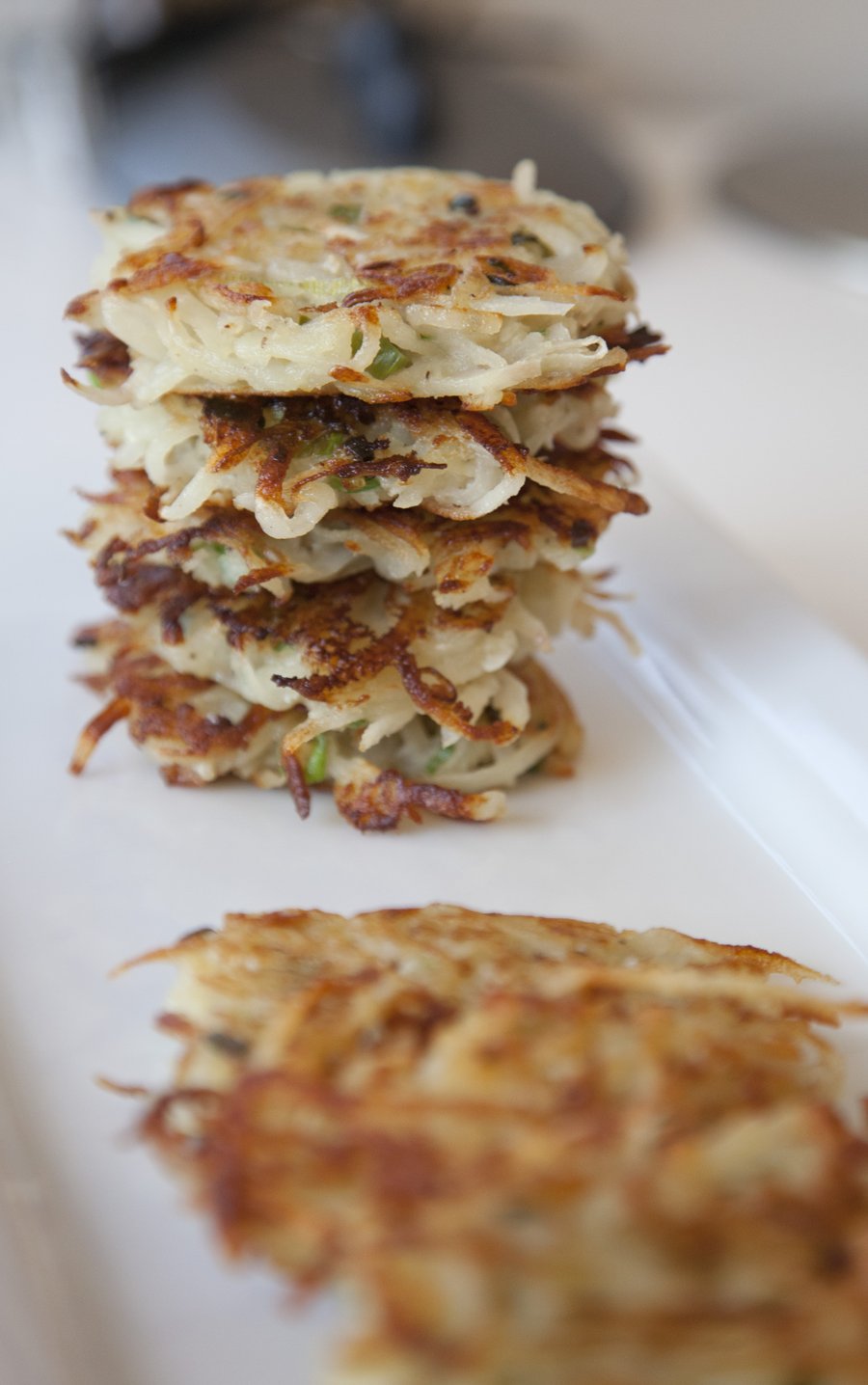 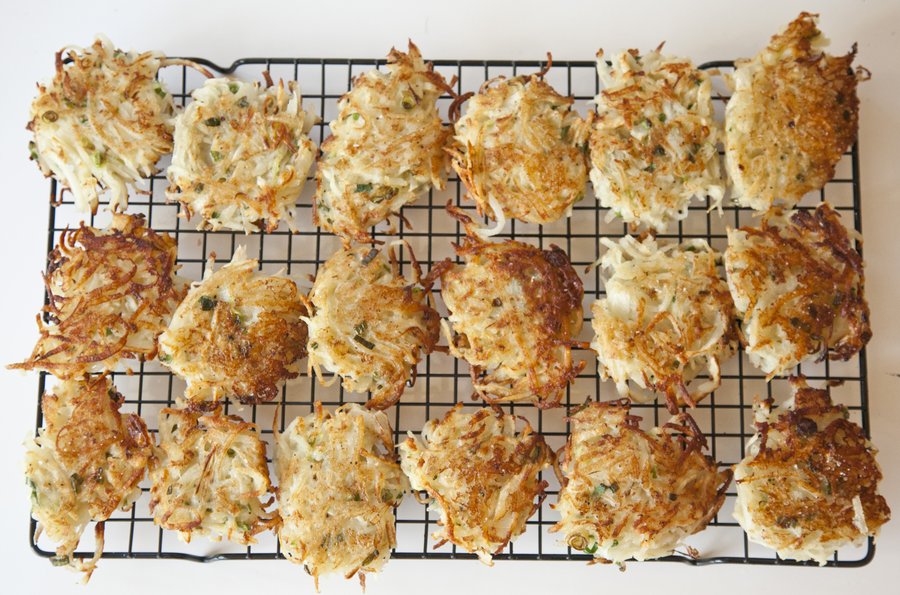 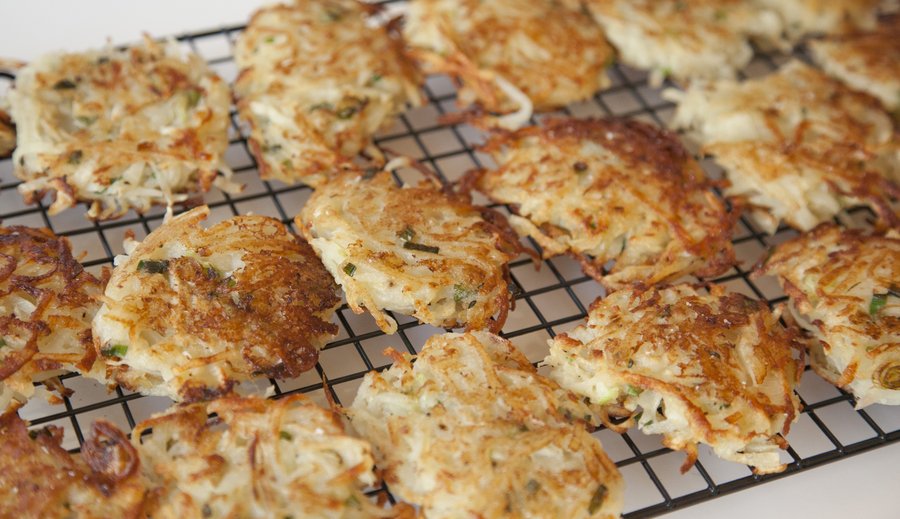 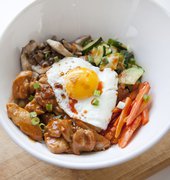 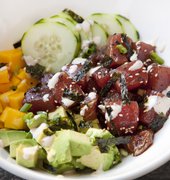 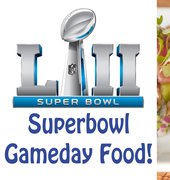 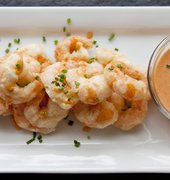