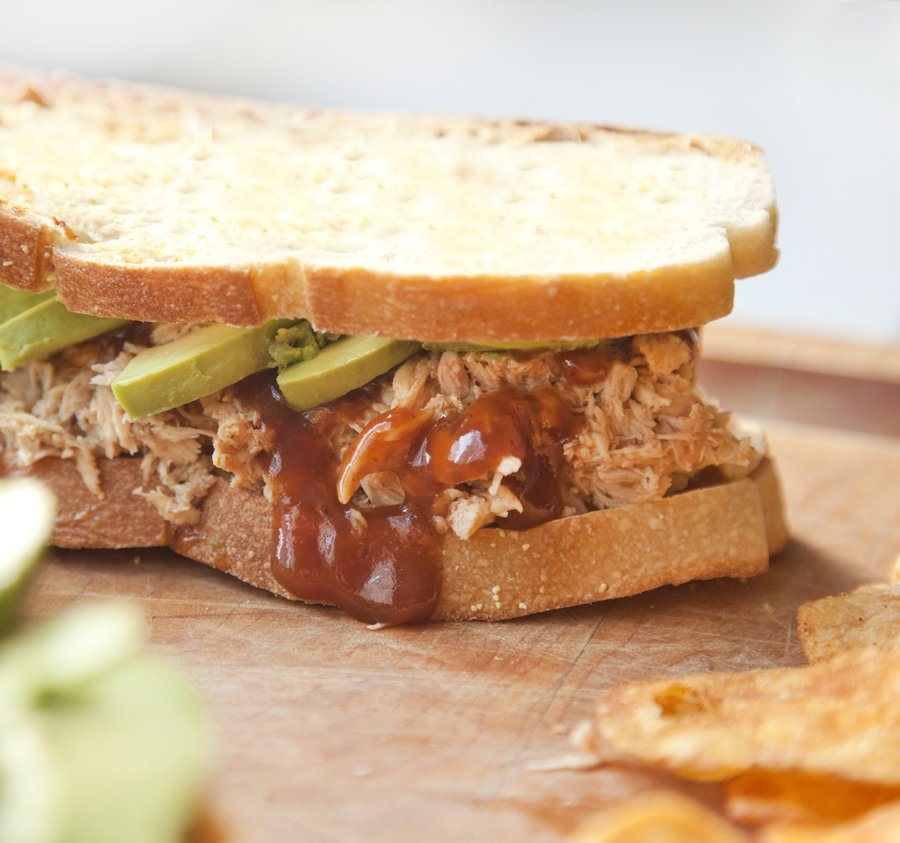 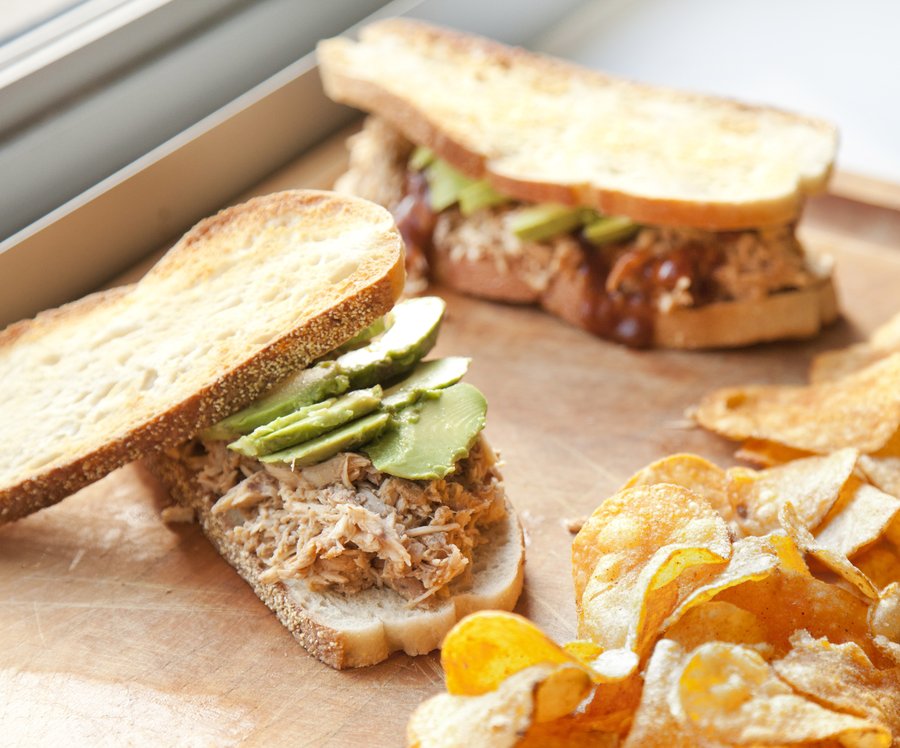 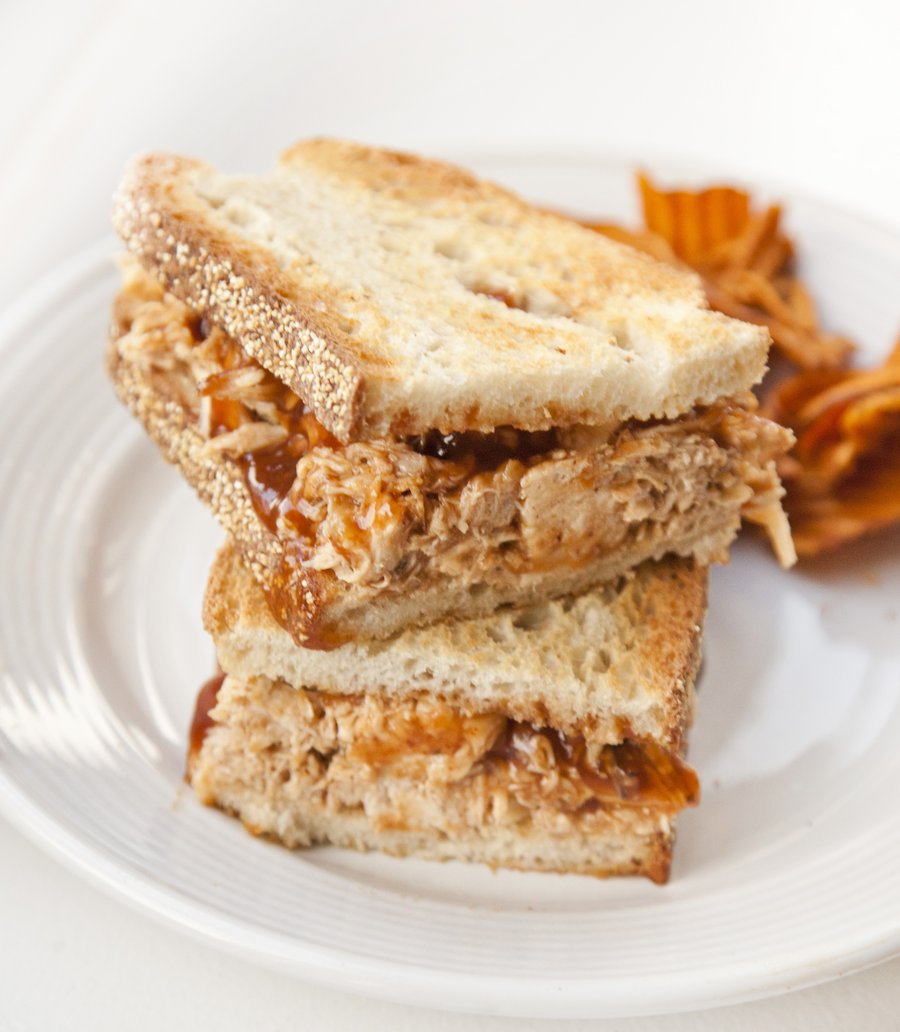 Since I live in NYC, in a large apartment building, there’s no such thing as having a Memorial Day BBQ in one's backyard....because my backyard is 6th Avenue. So I decided to create the BBQ flavors and tastes in my slow cooker, and pretend like I was having a BBQ (the things us New Yorker’s do…sometimes I'm not sure wheather it's creative or pathetic...)

I decided to make a Slow Cooked WHOLE Chicken, something I’ve never tried before. Usually I will just slow cook parts of a chicken, but like any cooking, when you cook something on the bone, you elicit so much more flavor. With that being said, I also added to the flavor by using this awesome Marinade and Injector. Stubb’s Marinade and Injector come sold together - it’s like a doctor’s syringe, that you fill with the marinade and then inject into whatever meat you’re cooking. I must admit, it was super fun to play Doctor Sara for a few minutes and inject my chicken like it was a sick patient in need of a chipotle blood infusion.

With this slow cooked chicken, I paired it with my own Homemade BBQ Sauce (recipe below) - but feel free to pair it with your favorite sauce (not to keep plugging Stubb’s, but they have one of my favorite BBQ sauces as well). I topped all this BBQ-ness with some thin sliced avocado and sandwiched it between two slices of my favorite bread (try Sourdough, Pane Tuscan, Ciabatta….) 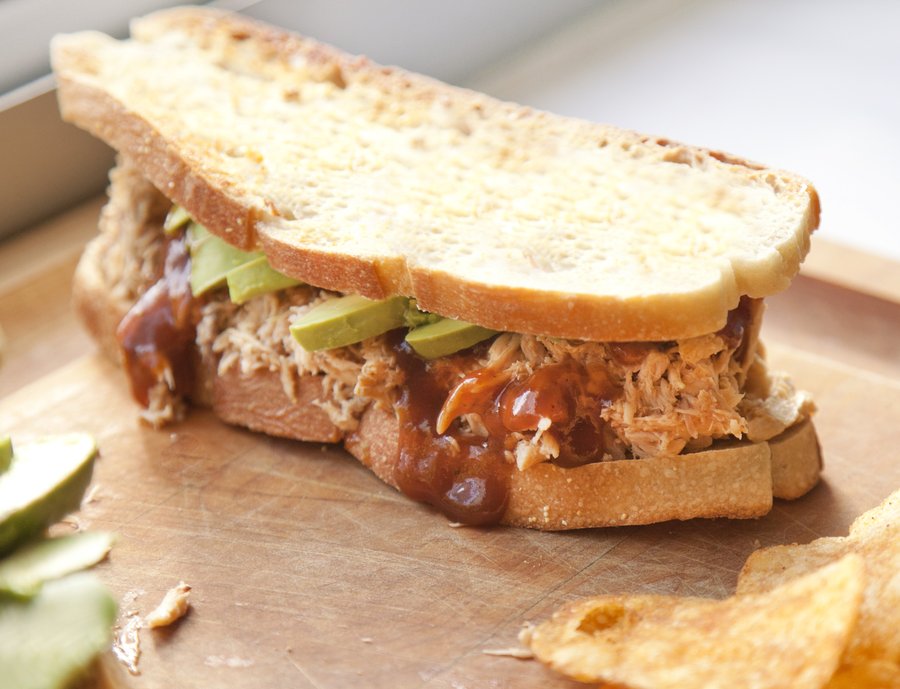 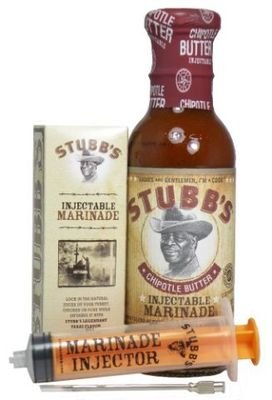 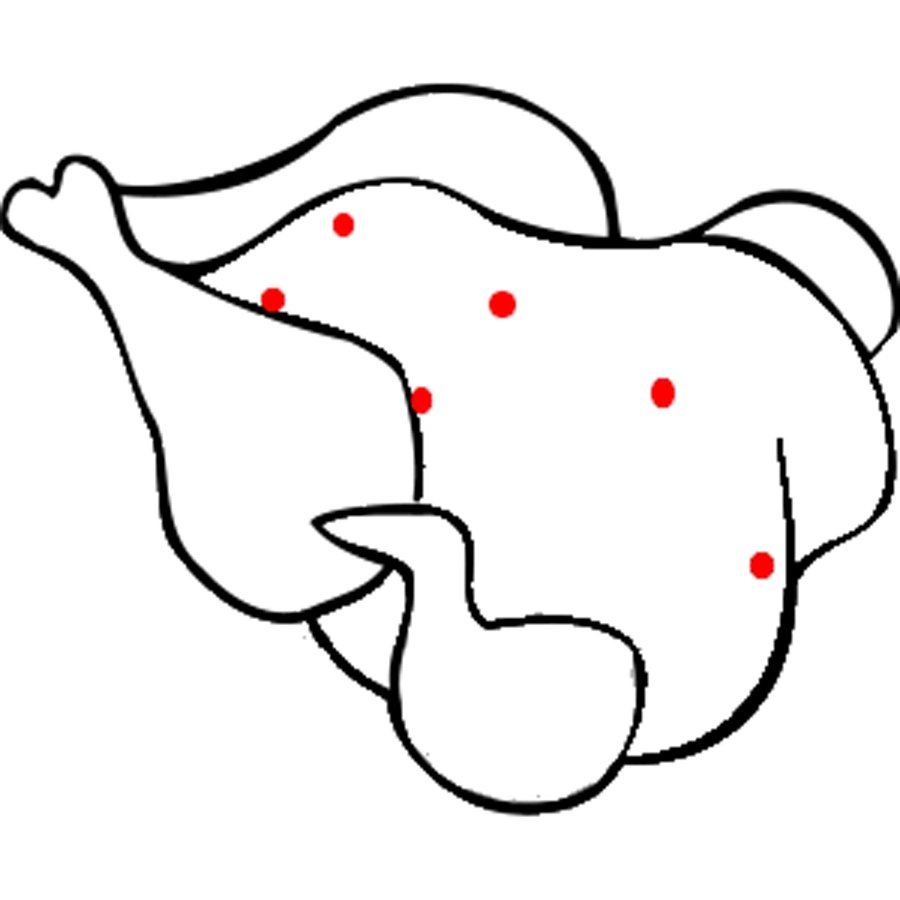 Inject in 6 places per side of the chicken (2 shots in the leg, 4 along the spine)

Slow Cooked Whole Chicken, injected with a BBQ Marinade and the topped with BBQ Sauce

The perfect blend of Sweet, Tangy and Spicy - this BBQ Sauce is perfect on ribs! 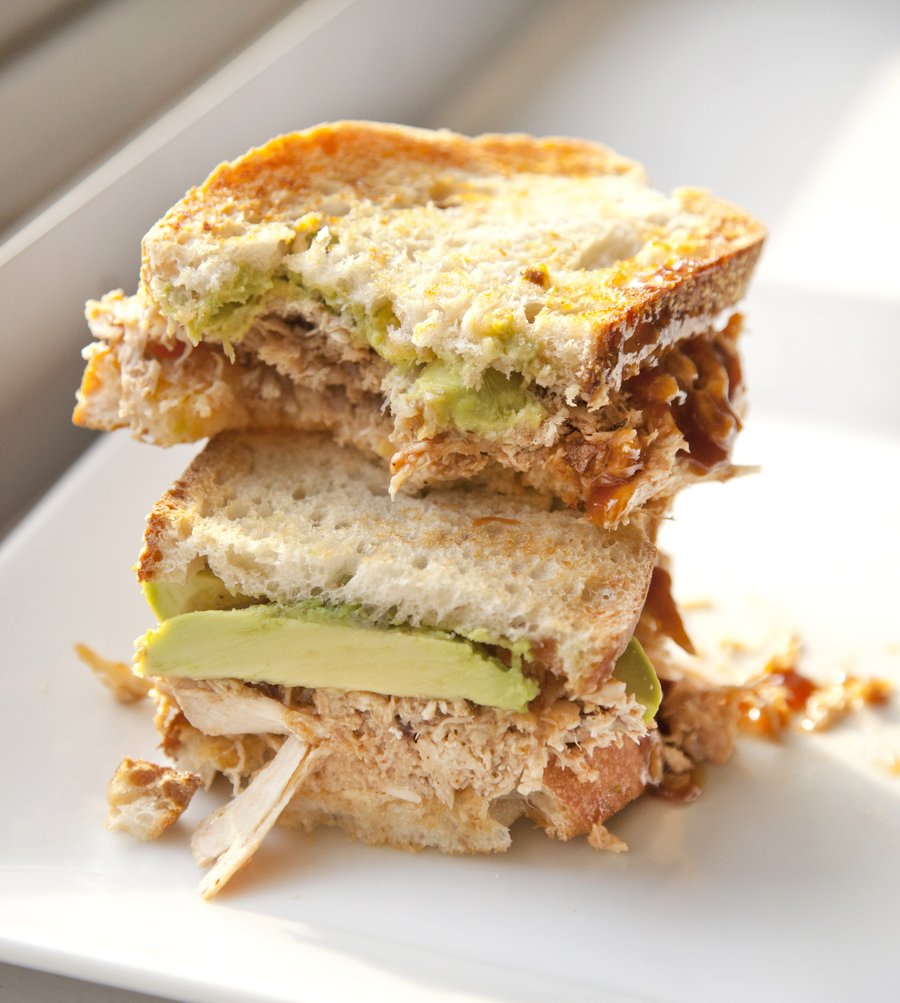 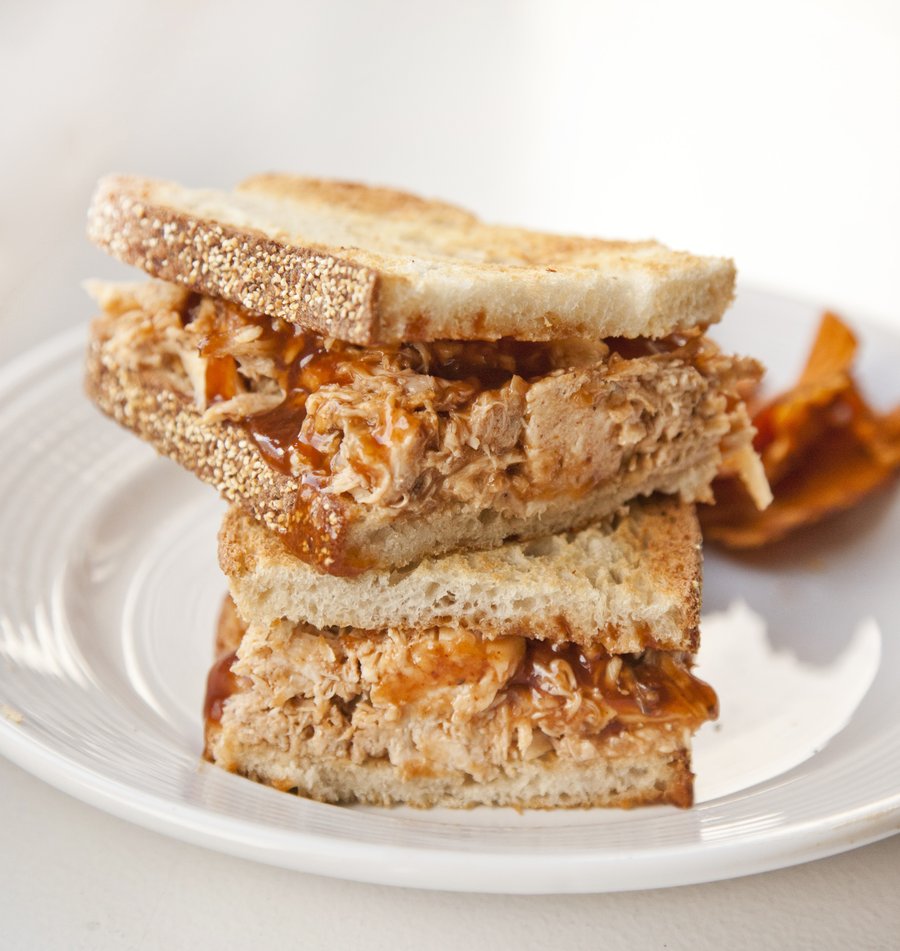 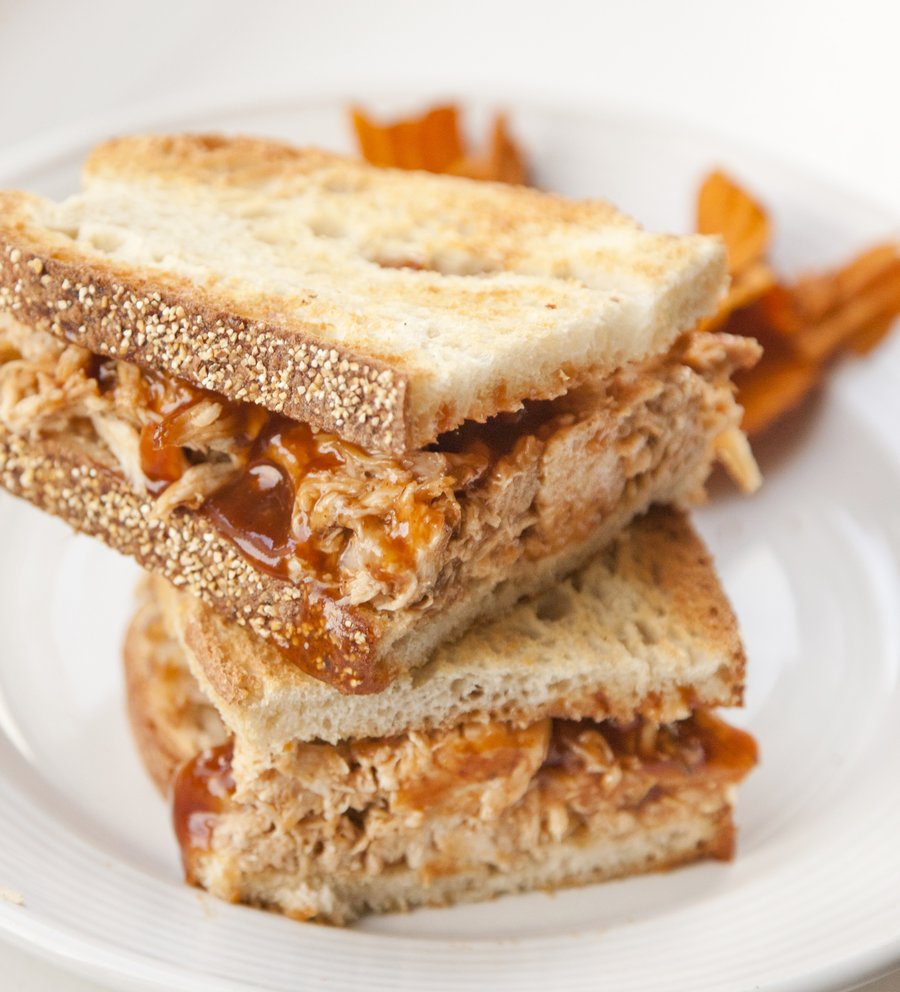