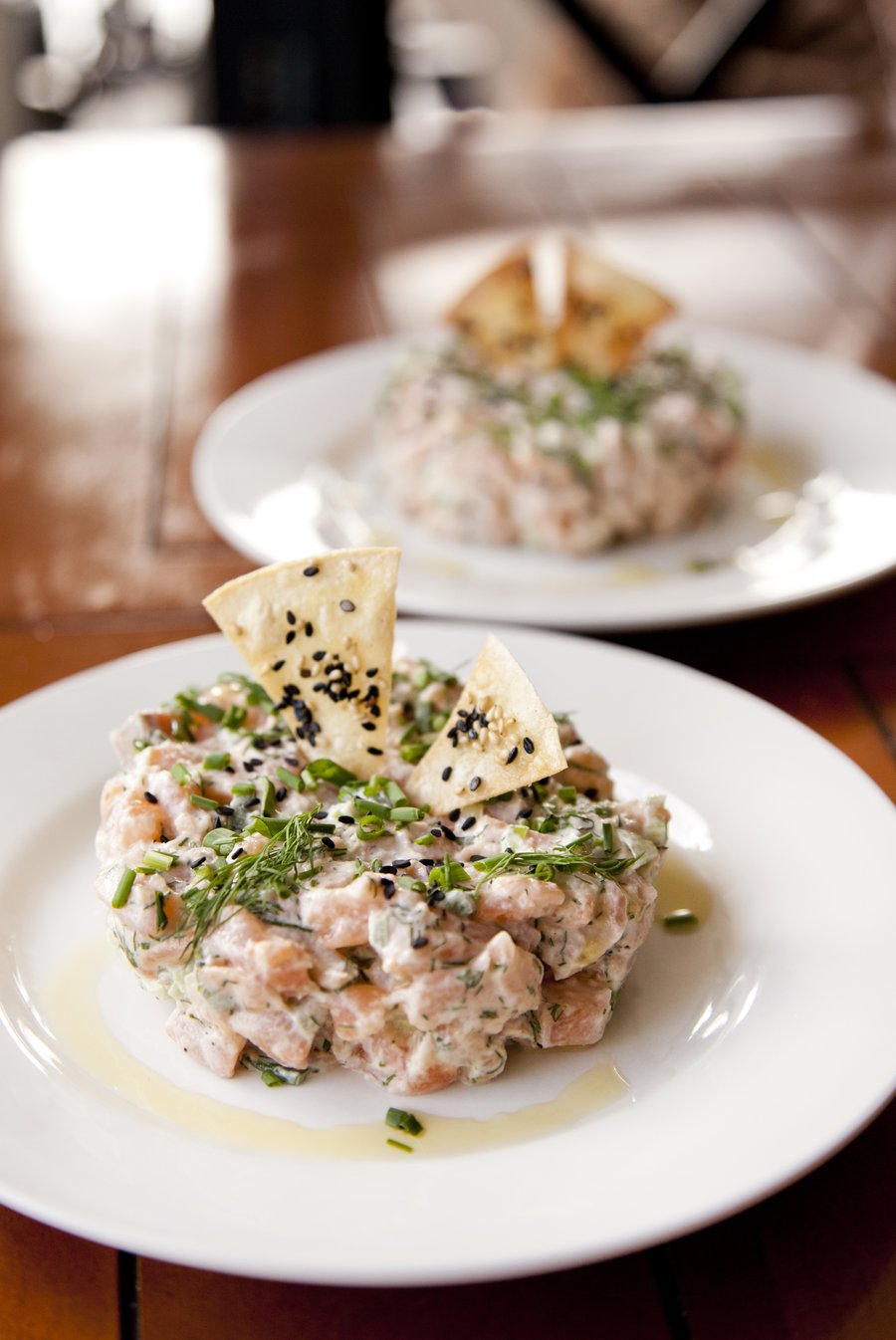 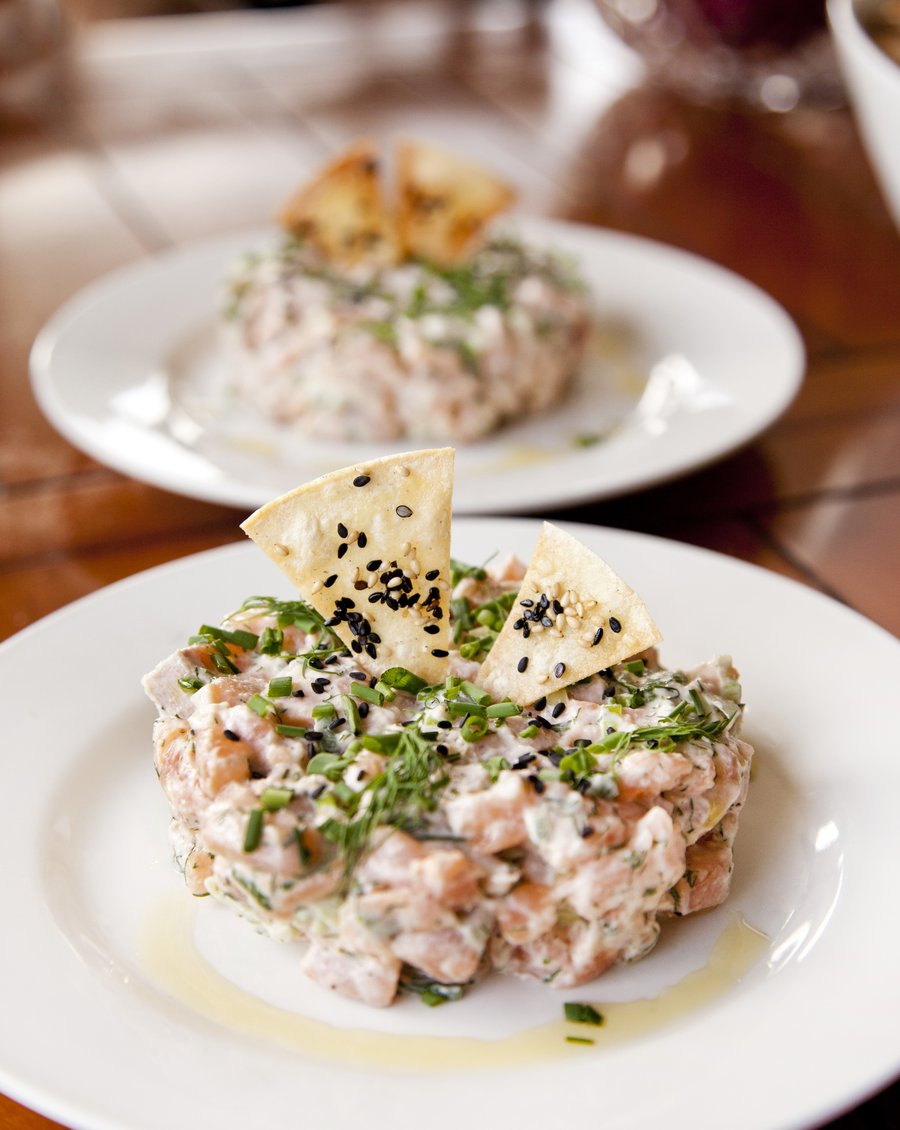 My husband and I just returned from a 2-week vacation across France, and to say it was an inspiring culinary voyage is an understatement. One of the coolest aspects of France is that every territory has it’s own style of cuisine and it’s own signature dishes (much like the United States but, in an region that’s only the size of Texas).

While traveling from North to South, from Paris, through the wine regions and down to the South of France, we encountered many styles of cooking and I was in heaven!

While spending two days in Bordeaux wine tasting, we ate at two different places for lunch, both of which had a Salmon Tartar option…and each day, that was what I ordered. On the first lunch, the salmon tartar was super light, seasoned with just lemon and some chives and served with a lemon cream on the side. On the second day, the Salmon Tartar was made with a little mayonnaise/crème fraiche mixed in served on top of Eggplant “Caviar” (small diced roasted eggplant). Both dishes were amazing in their own right, and both were the perfect summer dish…especially since it was 100 degrees outside both days of wine tasting…yea yea I know, first world problems.

So coming back to New York City, I knew I wanted to make a tartar that was a hybrid of these 2 dishes that we tasted on the trip. I decided to utilize both the bright flavors of the lemon juice, and the creaminess of the mayonnaise and season with some fresh herbs like dill and chives to create my version of a French style Salmon Tartar.

This dish was a total rock star creation. Light, bright and unbelievably tasty – it’s the perfect summer dish that can be made as either an appetizer or and entrée. I served it as last night’s dinner with a side of homemade Guacamole (to me salmon and avocado go together like gin and tonic…..or peanut butter and jelly….whatever you’re into).

You could also try this recipe with sushi grade Ahi Tuna as well if you’re not much of a Salmon Fan. 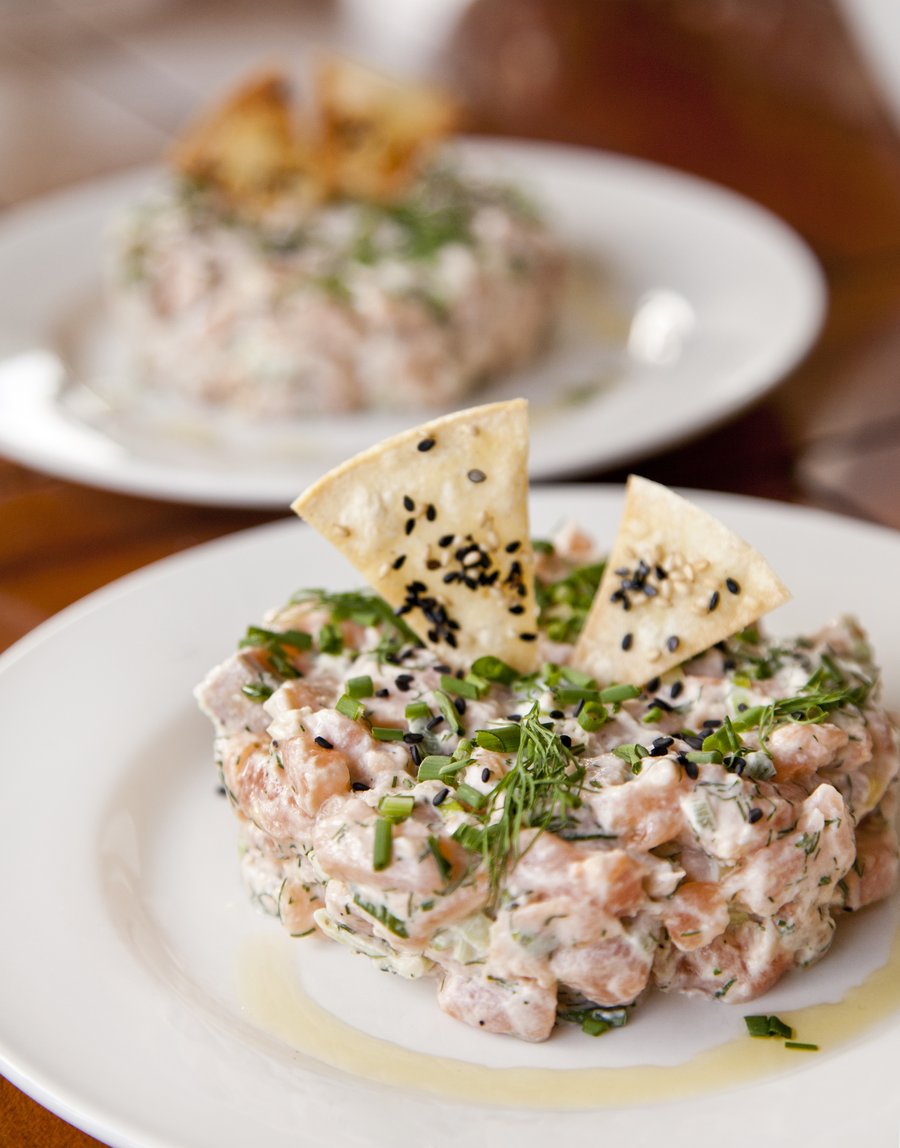 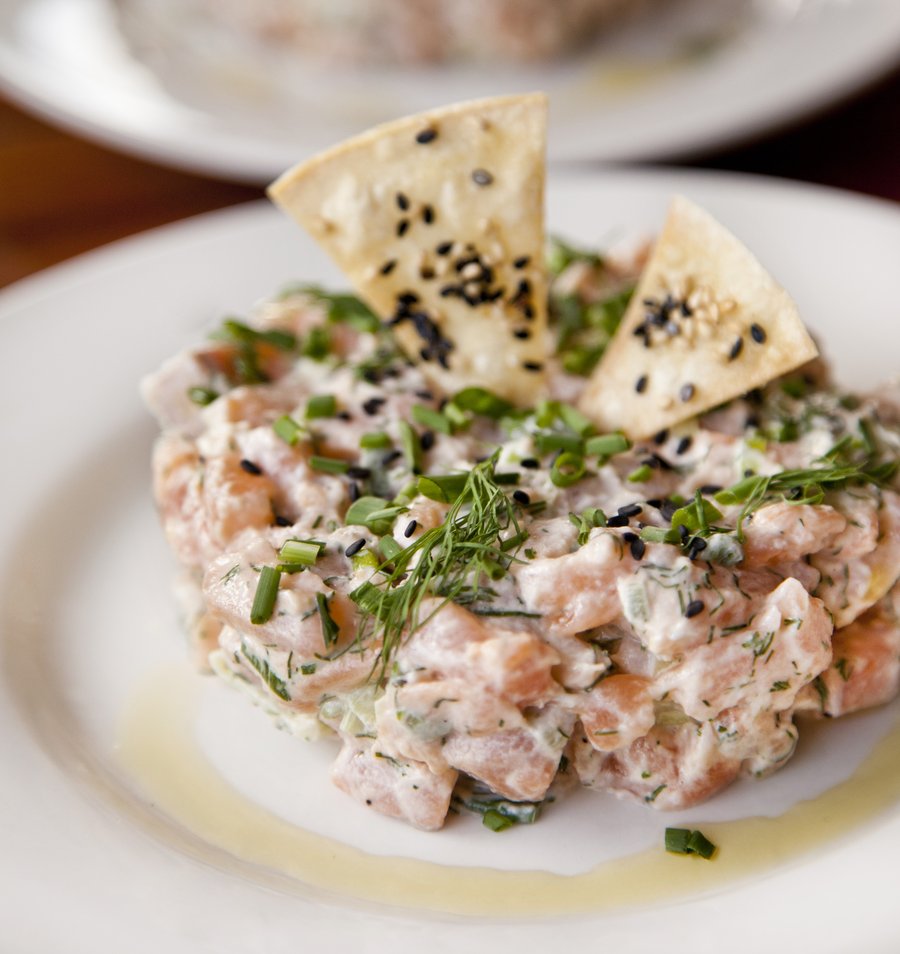 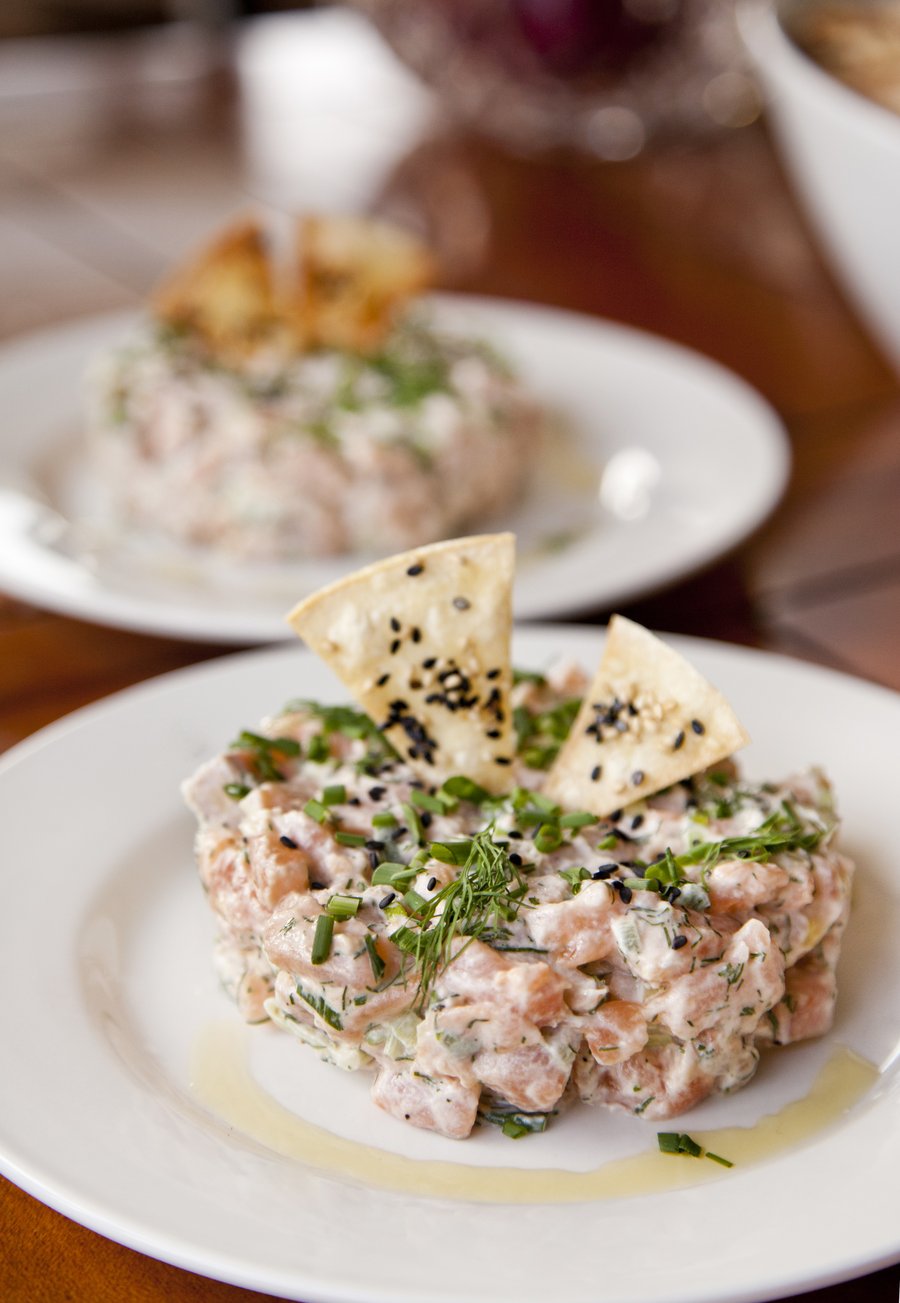 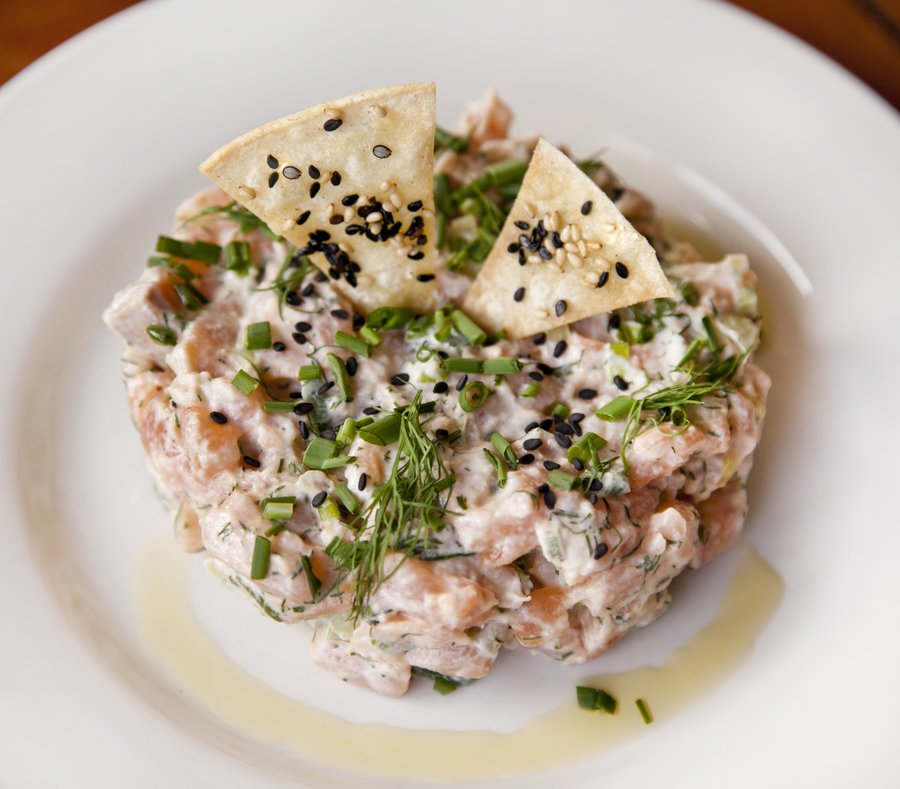 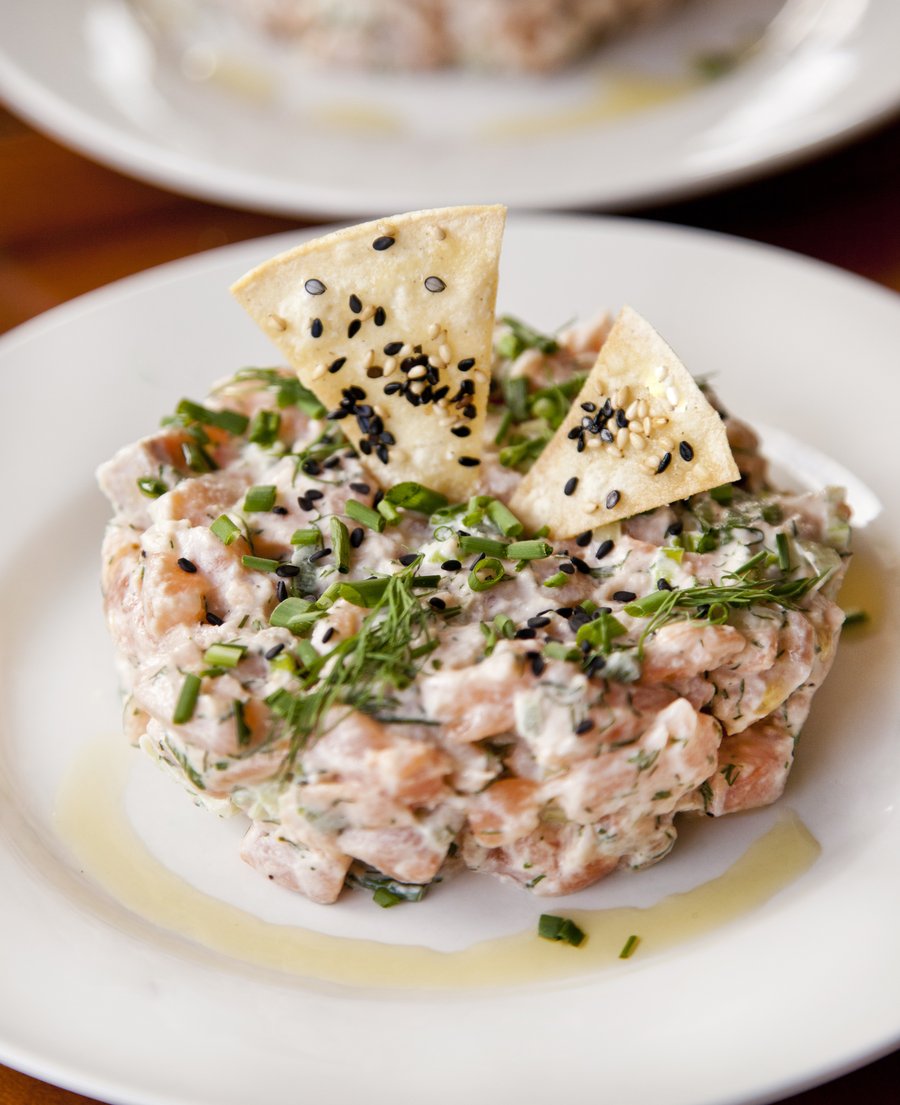