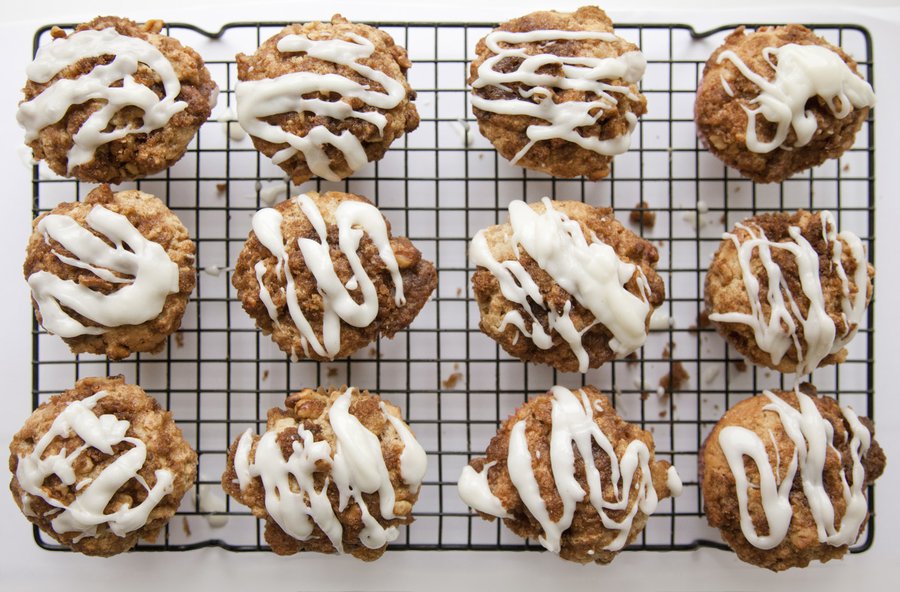 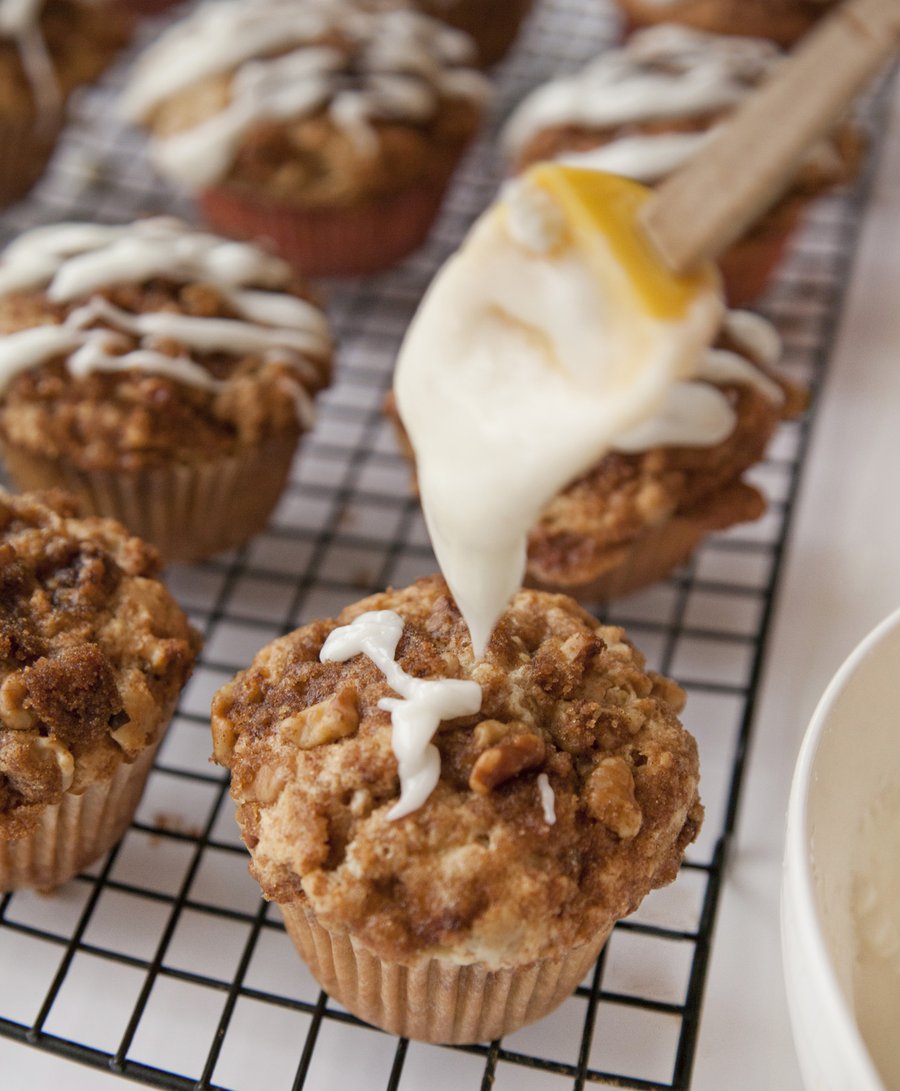 Last week, my daughter had an impromptu play date at a classmate’s house. I hate showing up anywhere empty handed, but I didn’t have time to run out to the grocery store to pick up supplies, so I had to come up with something from the stuff in my pantry. Baked goods are always a hit with kids (and the mamas) so I decided to go sweet, and landed on making Muffins.

I’ve made lots of different muffins before…. Lemon Poppy Seed Muffins, Zucchini Muffins, Banana Muffins, Fall Spice Muffins…. But I wanted to make something I KNEW would be a hit with the kids (especially my kid who is Captain McPicky-Pants). My first thought was: Cinnamon Bun Muffins.

Not sure how my brain took me there, but it did and I am glad it did!

I’ve made Homemade Cinnamon Buns before which were BEYOND delish, but those are a HUGE undertaking, and with the aforementioned kid, is less easy to make than a muffin.

Anyways, back to the Cinnamon Bun Muffins….

My daughter has been requesting “mussies” (as she calls muffins) ever since I made these last week. While I know it’s not great to pump kids full of sugar, I use these as a treat and only give her a couple of bites. Ok, to be honest, I use them as a negotiating device when I want her to do something….anyone who’s raised a toddler knows what I am talking about. “I’ll give you a bite of muffin if you let me change your diaper” #momlife

I added Chopped Walnuts to my muffins but you can leave these out if someone’s allergic to them! 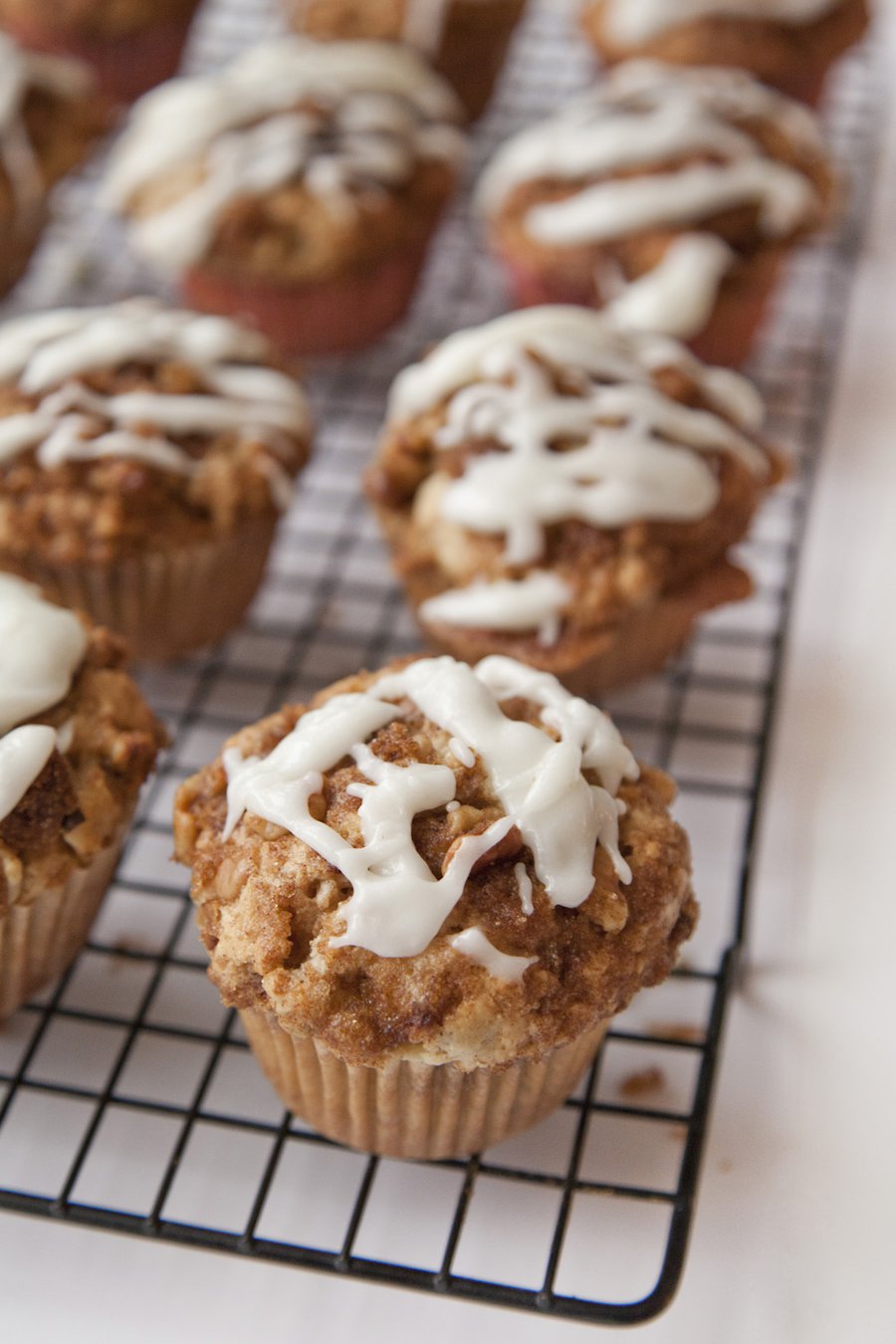 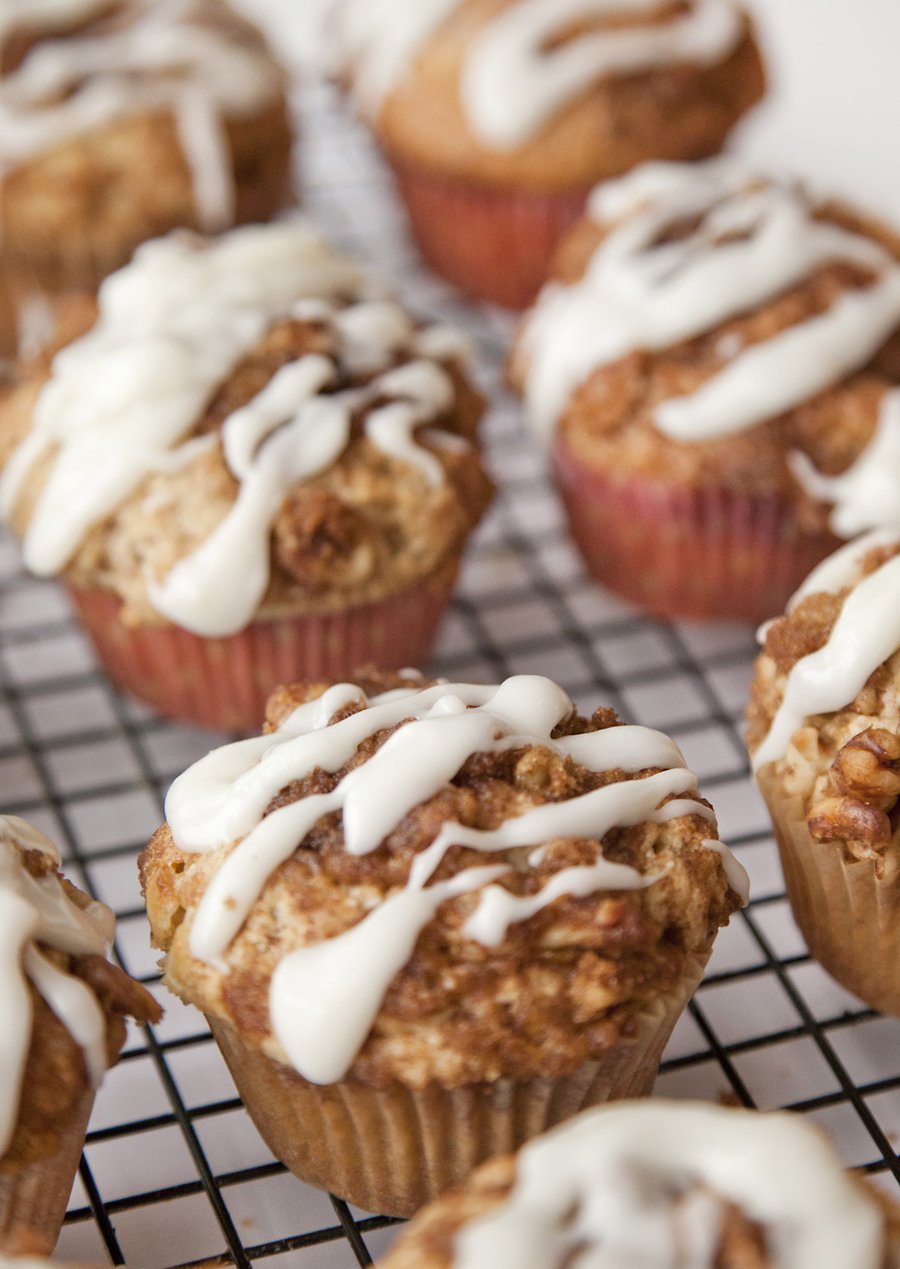 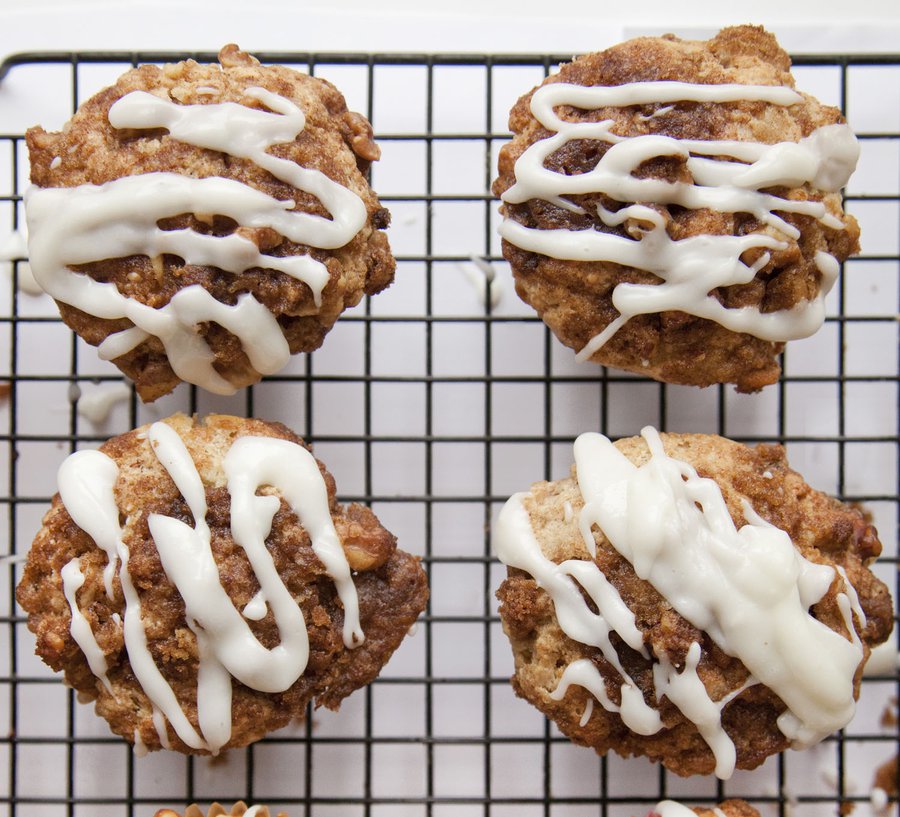 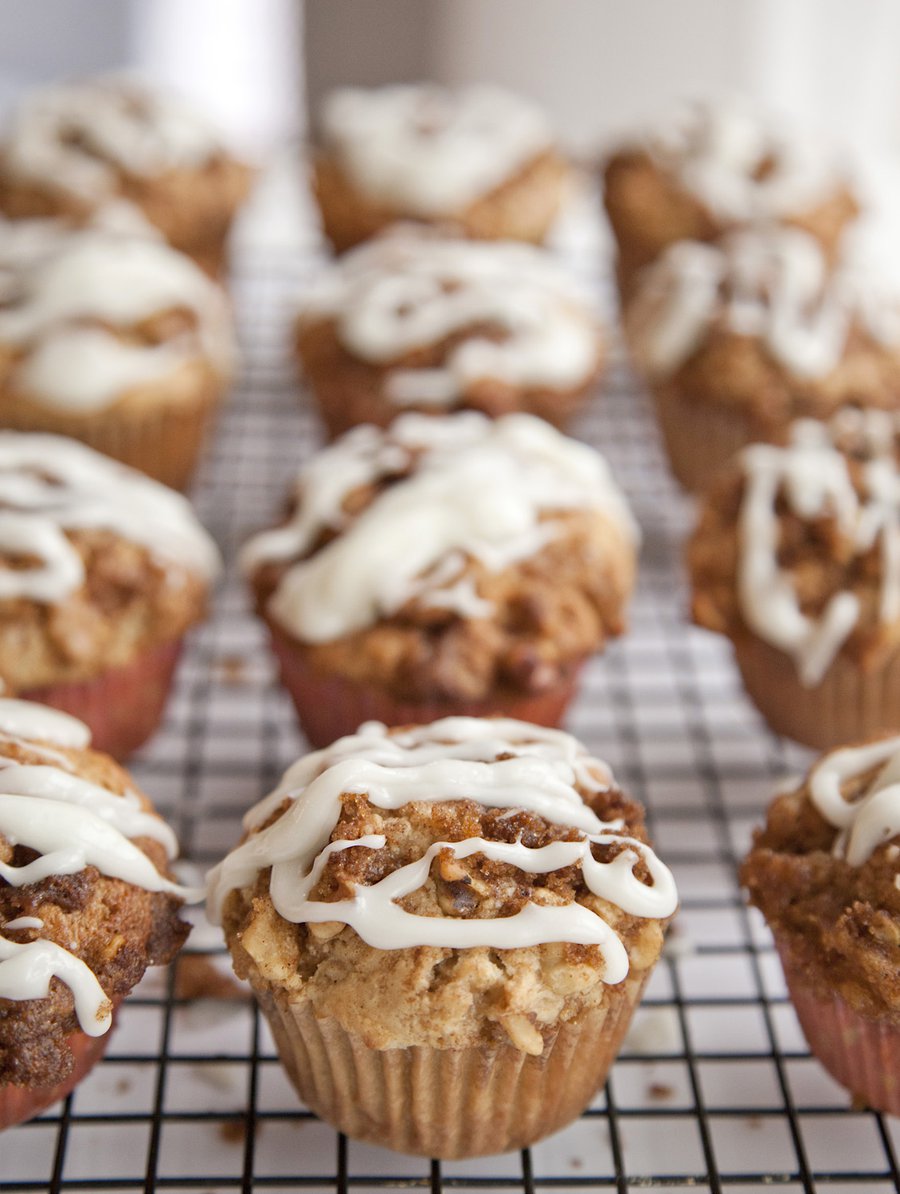 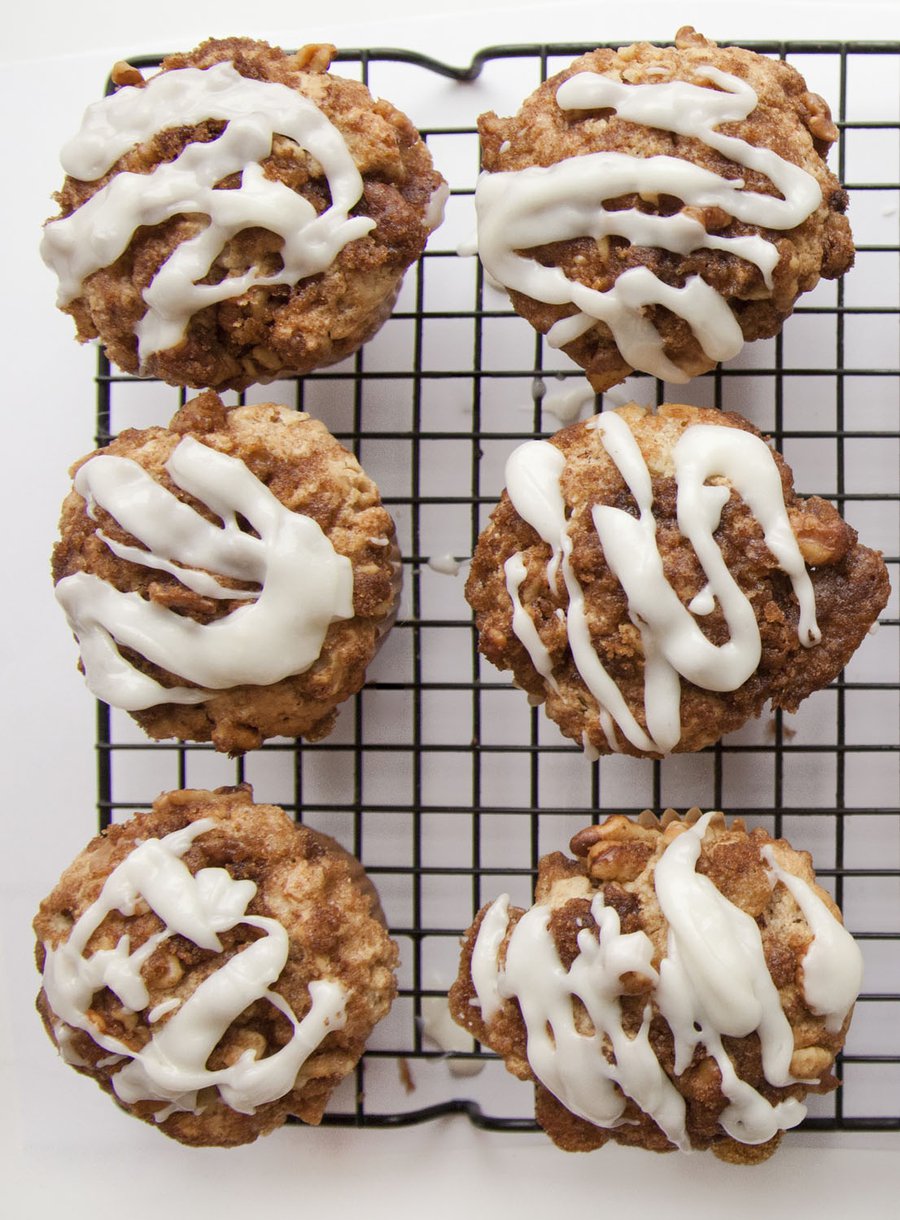